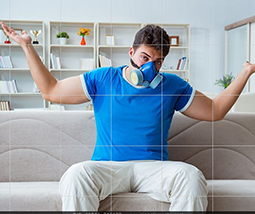 Operators of successful businesses don’t get to where they are by playing it safe and leaving the hard work to others. They take risks, fall down, and get dirty. Then, they learn from their mistakes, get back up again, and try harder.

We’ve sniffed out five reasons why successful businesses “stink” so your business can “stink” too.

When you run a business, you need to make many decisions, and some involve considerable risk. While you can weigh the pros and cons, sometimes it ultimately comes down to just going for it if you want to surpass a major business hurdle.

For instance IMAX, the revolutionary Canadian filmmaking brand, started in 1967 with the idea to create films on a grand scale. However, they encountered a major roadblock even after developing their state-of-the-art technology that wooed the viewing audience and set the film industry on its ear.

If the three founding experimental filmmakers wanted to get IMAX technology into Hollywood, it required special screens and Hollywood wasn’t convinced it was worth the expense. Until this point, IMAX theaters were only found in museums and science centres.

Movie theatres weren’t convinced either since IMAX only offered limited releases and they would need to invest heavily in expensive renovations. The IMAX founders needed to make a big decision.

When a Toronto-based computer scientist wrote an algorithm that converted existing films into the larger IMAX format in 2001, the founders immediately seized the opportunity. They knew access to existing movies would make movie theatres more receptive, plus they were already starting to convert to digital formats. However, it took them 8 more years to crack Hollywood.

In 2009, the founders released an IMAX conversion of Avatar and the response was nothing short of phenomenal. The movie sold more than $250 million globally and suddenly Hollywood was very interested. The founders risked it all and it paid off, but they most certainly sweated profusely over their decision over those 8 years.

Taking risks is an essential part of entrepreneurship. Look at Elon Musk. He clearly loves danger and wrote that founding a rocket company was one of the “dumbest and hardest ways to make money”. However, he also understands you can’t accomplish great things if you listen to what others say and you’ll certainly never achieve success if you never try.

He claims to “feel fear quite strongly” and he’s constantly bombarded by criticism. However, when he comes up against a barrier he tries to work around it. For instance, when he couldn’t buy Russian rockets he did in-depth research, crunched the numbers, and decided it was possible to build them himself. 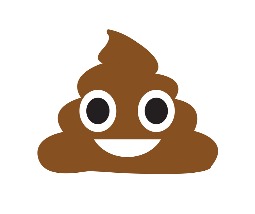 2.STEP IN YOUR OWN DOO-DOO

You can’t know whether something will work unless you try it. Of course, that means you will fail sometimes and big companies routinely step in their own doo-doo. Probably the most publicized blunder in the past century was Coca-Cola’s decision to change their cola formula after 99 years.

It was a huge risk fueled by their steady drop in market share over 15 consecutive years due to changes in consumer preferences. Plus, they faced increased competition from Pepsi through a huge marketing campaign, The Pepsi Challenge. The ads repeatedly showed diehard Coke drinkers surprisingly choosing the competitor’s brand.

However, “New Coke” met with anger and huge consumer protests that immediately showed Coca-Cola they had indeed stepped into a big pile of doo-doo. Within months, Coca-Cola re-released the old formula under the new name, Coca-Cola Classic.

While critics are quick to point out Coca-Cola’s decision was a dismal failure, the company doesn’t agree. They state it was a “testimony to the power of taking intelligent risks, even when they don’t quite work as intended.”

People’s negative reactions were due to brand loyalty, not the product. New Coke did quite well and Pepsi sales dropped. Coca-Cola marketed New Coke and Classic Coke simultaneously and appealed to two distinct markets.

Coca-Cola also diversified their product offerings since people were steering away from sugar. They now sell water and sports drinks, coffee and tea, and juice, dairy and plant-based drinks, and hold the >a href=”https://money.cnn.com/2018/02/20/news/companies/cola-wars-coke-pepsi/index.html”>top spot in the cola market.

Coca-Cola isn’t the only company that found success through ingenuity and perseverance. The Marvel Entertainment Group, Inc. known for comic superheroes persevered and adapted too.

They started during the Depression and rode waves of success and slumps for decades. During the fifties, comic books became a sinister force that some thought led to juvenile delinquency. People protested, burnt comic books, and stiff laws and censorship became the norm. Comic book sales plummeted.

Marvel survived and eventually partnered with D.C. Comics. By the sixties, they were selling 50 million comic books a year, but their success was fleeting.

Eventually, Marvel threw off the comic book restrictions and began publishing forbidden characters such as vampires and werewolves, as well as black and female heroes.

Marvel still struggled as their traditional retail outlets such as corner stores disappeared to make way for supermarket chains. Higher paper prices also cut into earnings. They cut back on expenses and printed new publications, but by the seventies comic books were at an all-time low, until the 1977 hit television series the Incredible Hulk.

Suddenly a new market of spin-offs emerged for Marvel. They licensed their characters, bought a trading card company, and stocks in a toy manufacturing company. They experienced tremendous business growth as they tapped into overseas markets, sold advertising space in comic books, and signed movie deals.

Marvel’s success clearly shows a business must adapt to the needs of the market if they want to do well. They continually patched their old clothes or tailored them to fit the new wearer, instead of throwing them out and starting anew. 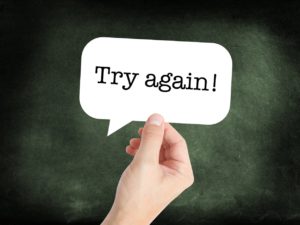 Amazon is the most valuable public company in the world, but they didn’t achieve success without failure. Amazon’s CEO, Jeff Bezos strongly believes you must embrace failure if you want to survive and succeed in the modern business world.

Bezos stated, “I’ve made billions of dollars of failures at Amazon.com.” However, he’s quick to remind entrepreneurs you can’t dwell on your mistakes. He likened ruminating over your failures to “a root canal with no anaesthesia.”

Of course, no one wants to fail and it’s never enjoyable when you do, but companies need to continually try new products and services to discover what works. Bezos says companies that don’t embrace failure can only pray for survival and that’s no way to run a business.

Bezos also stresses companies need to focus on their big successes, instead of the small failures. It takes experimentation to discover whether an idea will work or not, so you should expect to fail many times before you get it right. The important thing is that you dust yourself off and try again.

Bezos biggest failure was the Fire Phone which led to Amazon writing off $170 million when they did not sell their product. Nonetheless, Bezos considers the loss a valuable learning experience. He hasn’t abandoned the smartphone market, but continues to refine their offerings.

The “Prime Drone” service is another daring experiment that has yet to earn revenues. However, Bezos knows many other countries have already adopted commercial drone technology and there’s potential in the North American market too. He believes the initial risk will pay off many times over.

Bezos risks his own money too when he sees potential. He purchased the Washington Post in 2013 without knowing anything about the newspaper business and when others saw it as a dying enterprise. However, he could see potential and within three years their readership exploded and content aligned with the needs of the digital world.

The business magnate states if you’re afraid of missteps, disappointment, and mistakes, your company can’t be creative and innovative. “If you’re not prepared to fail, you’re not prepared to learn. And unless people and organizations manage to keep learning as fast as the world is changing, they’ll never keep growing and evolving.”

Obviously, many companies choose not to try new ideas, because we’ve been taught that winning is everything. As a result, we stick with what seems safe and companies stagnate.

Successful businesses understand you need to give yourself permission to fail. It makes a

business stronger and more willing to try new ideas. If you don’t fail and learn, you can’t create successful businesses.

5.DO STEP IN DIFFERENT PILES OF DOO-DO

As mentioned, making mistakes is part of doing business and you’ll make plenty. You’ll need to step in new piles of doo-doo, not repeat the same mistakes, or it will lead to disaster.

You will step in it, but learn from your failures. Successful businesses create systems to track and analyze what they’re done. For instance, Google conducts a “post-mortem” to record negative incidents and the impact it had on the company and users. They also list the actions taken and create preventative measures to ensure the incident doesn’t occur again.

They emphasize a post-mortem is a team learning tool, not a finger pointing exercise. “By discussing our failures in public and working together to investigate their root causes, everyone gets the opportunity to learn from each incident and to be involved with any next steps.”

Critical analysis of failures is incredibly important for all companies. It can highlight a lack of resources, poorly designed systems, and flaws in your corporate culture that can worsen if not addressed.

Blameless and constructive feedback leads to open discussion, creative suggestions, and business growth. It focuses your company on improvement to reposition your business, instead of creating negativity and animosity from failed ventures.

More importantly, analyzing your mistakes can be the difference between business success and collapse. It saves you time and money and improves processes.

When you fail, define the major problem. Create a written record of the incident, what went well, what didn’t go well, and what you could do differently the next time. Involve your entire team and promote business growth, not blame.

For solopreneurs, this process often involves an analysis of your skills, resources, and business practices. You may need to improve your financial, time management, or marketing skills, examine and redefine your business and personal goals, or spend more time on your business.

This is also why continual learning is so important for solopreneurs since they must stay in the loop and constantly upgrade their skills. Reading the best business books, attending industry seminars and workshops, and connecting with mentors are keys to any businessperson’s success. However, they’re particularly important for anyone working alone since they bear the burden of all aspects of business operations.

According to a Startup Genome report which examined 650 fledgling companies, one of the 14 most important indicators of business success is the willingness to observe, listen, and learn.

Establishing and implementing solid business principles and practices and self-analysis is crucial you your success. Create a systematic process; plan, commit, and track results – whether good or bad.

Instead of blaming yourself for your failures, perform a post-mortem and act. The more you learn about your shortcomings, the easier it is to change, grow, and succeed.

It’s fine to step in your own doo-doo once in awhile, but be sure to learn how to sidestep the same pile to create a thriving company.

You’ve read why successful businesses stink and why it isn’t necessarily a bad thing. Small businesses become thriving enterprises, because they take risks, adapt, fail, and learn from their mistakes. They don’t dwell on the negative, but focus their energy on improvement and business growth instead.

If you’re itching to become an entrepreneur, Postcard Portables has franchise opportunities throughout Canada. It is simple to get started operating your home- based business.